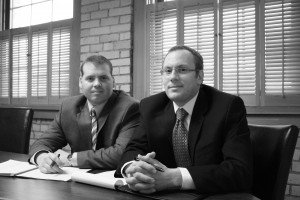 Domestic Assault charges are very serious due to the ramifications a conviction can have on your future.  Despite the serious nature of Domestic Assault, it is one of the toughest crimes to prove by a prosecutor and we have secured numerous acquittals and dismissals of charges based on this fact.  Couples argue and sometimes the police are called to simply sort things out.  The problem is, that despite the fact neither person wants somebody arrested, that’s what generally happens.

We are Domestic Assault Lawyers with over 40 years of combined experience we have handled 100’s of Domestic Assault cases. As a Former Prosecutor and Former Assistant Attorney General, we understand what is at stake when you are facing a Domestic Assault Charges and will use our years of experience, expertise, resources and reputation to make sure that you receive a favorable outcome.

All Domestic Assault charges are very serious because of the ramifications a conviction can have on your future!

1.  Loss of Employment.  Many employers will terminate or deny employment to those convicted of Domestic Assault.

2.  Professional Licensing.  If you work in a field,  such as health care, day care, teaching, nursing or medical field, a conviction for Domestic Assault is grounds for the disqualification of your license, whereby ending your career.

3.  Housing.  Many housing applications required disclosure of assault related convictions and can be used against you to deny housing.

5.  Immigration Status.  A conviction for Domestic Assault can result in your deportation or denial of citizenship.

Domestic Assault is probably one of the most difficult cases for a prosecutor to prove!  In the vast majority of Domestic Assault cases, a mutual altercation had taken place.  At some point in time, one party called the police to defuse the situation with no intention of having the other party arrested.  The problem is, once the police are called, someone is going to get arrested 99.9% of the time.  This leaves a prosecutor with a difficult case to prove guilt beyond a reasonable doubt, when even the alleged victim did not want the other party arrested.

We are attorneys with PROVEN RESULTS!

We have obtained numerous acquittals and case dismissals for clients charged with Domestic Assault.  Below you will find some of our most recent success stories.

Clients was involved in an altercation with her husband.  Despite husband’s claims, case was dismissed for a lack of evidence. Without the dismissal, client would have been prevented from gaining citizenship and potentially could have been deported.

Client was charged with assaulting his girlfriend after both were involved in a verbal altercation.  No injuries were apparent on either party and girlfriend recanted her original statement.

Client was charged with assaulting her boyfriend during an argument.  Boyfriend had been drinking and had actually fallen and caused his own injuries before police arrived.  Client would have lost nursing license without a complete dismissal.

Daycare provider was accused of assaulting a 13 month old under her care.  Accusation was made despite the fact that the child was only under providers supervision for a total of 2 days and despite the fact that child’s pediatrician indicated that it was his clinical suspicion that the minimal bruising could be attributed to learning how to walk.  Regardless, police referred parents to another pediatrician who formed the opinion the bruises were not accidental even though she could not determine when the bruises were actually inflicted.  After a hard fought battle, the State determined the charges against client would be extremely difficult to prove and dismissed all charges at trial.

Client was charge with assault with a deadly weapon.  Client was facing deportation given the fact that he was only a permanent resident.  After an enormous amount of legal posturing, State was forced to dismiss all charges.  Client remains in the U.S.

Client was charged with child neglect after 4 year old son was found walking alone near an intersection approximately 200 yards from his home. Client had accidentally fallen asleep while watching his son and did not realize his son had gotten out of the home.

Client was accused of assaulting his roommate after an argument over moving out. Client denied the accusation and the case proceeded to trial.

Client was arrested after an altercation with his girlfriend. As a result, girlfriend suffered a cut to her arm. However, after further investigation, it was determined that the cut was not intentional caused by client and that intent of physical harm was lacking.

Client’s ex-wife reported that he had assaulted her after leaving a bar. However, she failed to report the incident until 3 days later after client had filed for a restraining order against her.

Result: Case dismissed by prosecutor for lack of evidence.

Client and wife were in a mutual altercation where both were pushing each other. Client could not accept any plea offer given his resident status.

Client was involved in an altercation with his wife. However, both client and wife were hearing impaired and the officer’s could not understand exactly what had taken place.

Before trial even started, prosecutor dismissed the assault charge for lack of evidence.  Then after a two day trial, client was found not guilty of the remaining two counts. This verdict will be used to pursue a civil claim against the City of St. Paul for excessive force.
Minneapolis Domestic Assault Lawyer & Defense Attorney