What Is Maltreatment Of A Minor?

Maltreatment is a civil finding that a caregiver committed acts that meet the definition in the “maltreatment” in the Minnesota state law known as the Maltreatment of Minors Act.  Maltreatment can take many forms including physical abuse, neglect, and sexual abuse.  While the stated purpose of the law is to protect children, the law is very broad and often affects caregivers who have done little or nothing wrong.  A maltreatment determination can be disastrous to a person who works in any field caring for children or vulnerable adults.  Some maltreatment cases result in a 7-year disqualification from working in these “direct care” positions.   Make sure you understand the law and get help with your appeal.

How Will I Know Maltreatment Was Determined?

Maltreatment determinations can come from the County, the Minnesota Department of Human Services (DHS) or the Minnesota Department Health (MDH).  Generally, DHS and MDH investigate allegations of maltreatment at facilities.  The County investigates all other claims of maltreatment.  When a caregiver receives a notice that they committed maltreatment, it might say something similar to, “it was determined that maltreatment occurred, but no ongoing child protection services are necessary.”  The reader identifies this as a positive notice because its states they do not need child protection services.  While this is certainly good news, one must understand that the maltreatment determination, even without additional services is very damaging.

How Does A Maltreatment Determination Affect Me?

Jon Geffen is an experienced litigator in the area of maltreatment appeals.  Please contact Jon Geffen with any questions about maltreatment or the appeal process.  Jon provides a free initial consultation.  Jon is available at (612) 465-8580 or at jon.geffen@arnesongeffen.com

A person convicted of a felony DWI in Minnesota may also be given a fine or up to $14,000. If the person has a prior criminal history, the judge is allowed to order the person incarcerated for a period longer than 7 years maximum. A second or third DWI within a 10 year period is not normally considered a felony. However, a second of third DWI offense may be considered a felony if the person has been previously convicted of criminal vehicular homicide while intoxicated.

Aggravating factors, including having a child in the vehicle during a DWI who is more than three years younger or having a blood alcohol level of 0.20 or more, are not considered in sentencing for felony DWI in Minnesota. However, prior felony DWI convictions are considered in sentencing. For example, the minimum mandatory sentence is increased for the second felony DWI from 180 days incarceration to 365 days incarceration.

If a person is incarcerated for felony DWI, he or she may not be released early unless they have successfully completed a treatment program. When a person convicted of felony DWI is released from prison, it is mandatory that they be released conditionally for five years. This conditional release must include intensive probabtion which may include home retention. The commissioner of corrections may also impose certain special conditions. If the person fails to comply with any of the conditions of release, he or she will be returned to prison.

To learn more go to our DWI Resource Center or give us a call at 612-223-7529 to understand your specific situation better.

A driver whose driving privileges have been revoked can apply for a restricted B-card driver’s license if they first meet two criteria. First, they must successfully complete an alcohol treatment and rehabilitation program. Second, they must swear in writing that they will never again consume alcohol under any circumstances. To emphasize, this is total abstinence with absolutely no exceptions. A driver who holds a B-card must refrain from any alcohol consumption, not just when driving. This includes abstinence from consuming alcohol in religious rituals and for medical purposes.

If a driver with a B-card restricted driver’s license is found to drink alcohol under any circumstances, his or her restricted B-card driver’s license will be immediately suspended. However, it should be noted that the mere act of consuming alcohol after having been issued a B-card is not considered a crime unless the person is operating a motor vehicle at the time he or she is intoxicated. If a B-card holder is driving while intoxicated, it is considered a gross misdemeanor. To establish another restricted B-card driver’s license, the person must gain another rehabilitation.

To learn more you can also go to our DWI Resource Center.

The laws concerning driving while intoxicated (DWI) are quite strict in Minnesota compared to other places in the nation. If you are convicted of a DWI in the state of Minnesota, the judge has a great deal of discretion as to what your punishment will be. However, if you are a repeat DWI offender within a ten year period, there are mandatory minimum sentences required by Minnesota state law that the judge must impose.

It should be noted before we continue that in the eyes of the Minnesota DWI law, the term “incarceration” can mean jail time, remote electronic alcohol monitoring (REAM) or home detention (EHM). The REAM program is primarily designed to keep offenders out of jail so they won’t lose their job. It involves random remote testing of the blood alcohol level through a breath analyzer. EHM is a type of intensive probation.

The following is a summary of the mandatory minimum sentences required for repeat DWI offenders:

It should be kept in mind that the judge still has the discretion to impose additional punishment on top of the mandatory minimum sentence required by law.  To learn more you can also go to our DWI Resource Center.

If you are convicted of driving while intoxicated (DWI) in the state of Minnesota, the law allows for the judge to impose stiff criminal penalties. The criminal penalties imposed are tiered depending on whether it is your first, second, third, or fourth offense within a 10 year period. In other words, the penalty will be more severe if you have prior DWI convictions on your record. A stiffer penalty may also be imposed if there are certain aggravating factors.

The following is a itemized summary of the criminal penalties that may be imposed in Minnesota for DWI:

Aggravating factors that could result in a stiffer maximum penalty include the following:

– Driving while impaired with a child in the vehicle who is under the age of 16 and more than 3 years younger.

– Prior impaired driving incidents including both convictions and loss of your driver’s license.

It should also be noted that the State of Minnesota considers all licensed drivers to have given implied consent to submit to blood and breath tests for the purpose of determining alcohol and illegal drug levels, if any. If a driver is pulled over and refuses to take the test when requested to do so, this is considered an illegal act and it can increase the severity of the DWI and the associated criminal penalties.

It should also be noted that commercially licensed drivers driving a commercially registered vehicle are considered impaired at a 0.04 blood alcohol level and may be convicted of a DWI at this lower level.

To learn more go to our DWI Resource Center. 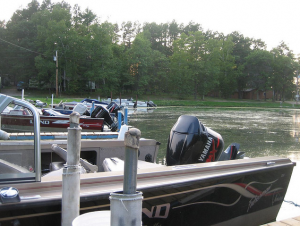 Minnesota is known as the Land of 10,000 Lakes so it makes sense that there are a lot of boaters. In fact, there is about one boat for every six people in the state according to the Minnesota DNR. With that many boats there is a pretty good chance that some people will be drinking on their boats – but what do you need to know before you go boating?

Is Boating While Intoxicated a Crime in Minnesota?

The short answer is YES. The law is nearly the same as Minnesota’s Driving while Intoxicated law.

Other aggravating factors such as:

can make the penalties for a BWI worse.

How are BWI Laws Different Than DWI

One of the most important ways they differ is that with a DUI an officer needs a reasonable suspicion in order to stop your vehicle while you’re driving. With a BWI, a law enforcement officer is allowed to board your boat simply for safety or security reasons. If an officer notices the smell of alcohol, or sees evidence of alcohol consumption the officer can investigate you for a BWI.

Another way that a BWI is different from a DWI is not related to the laws but more to the nature of how alcohol affects you when your out in the sun. Because alcohol dehydrates your body and when you’re spending the day in the hot Minnesota sun you are amplifying that dehydration. Being on the water may make the sun feel less intense than it is and having a cold alcoholic beverage can make you feel like you’re rehydrating when you’re actually potentially dehydrating even more. These twin effects can make you underestimate the effects of alcohol on your body while you’re on a boat.

What If I’m Drinking in My Canoe?

Since there are so many types of watercraft to go along with the 10,000 lakes are they all subject to BWI laws? The answer is NO. The Minnesota DNR says that the laws apply to:
operators of motorboats that are not:

at the time of the offense.

Minnesota summers have lots of opportunities for people to be out on the lakes. If you get caught boating while intoxicated you might not want to react the way this man did:

If you’re going to be out boating this summer be careful – for the first time in Minnesota history Conservation officers are conducting random roadside checks.  It is supposed to be for prevention of

Minnesota boaters will get random road stops this week.  Conservation officers will conduct Minnesota’s first random roadside checks of boaters ever this week, part of a crackdown to slow the spread of inv …

At Arneson & Geffen we will aggressively defend your case.

Mr. Arneson’s client was pulled over for a traffic violation and was arrested for DWI.  However, the officer made a mistake and issued a citation to the client for open bottle in a motor vehicle and then sent the blood test to the BCA to be tested.  The mistake was the officer forgot to include a charge of under the influence on the citation.  Mr. Arneson had his client pay the citation.  When the test results came back at over the legal limit, the officer sent another citation for 4th Degree DWI.  However, Mr. Arneson filed a motion to dismissed on the grounds the second citation violated Minnesota Statute 609.035 which prohibits serialized prosecution.  The prosecutor agreed and dismissed the charge.

Mark Arneson’s client was found not guilty of Assault, Obstructing Legal Process and Disorderly conduct on Wednesday April 7, 2010 after a two day trial.  The facts were as follows: Client was involved in a motor vehicle accident in St. Paul.  The driver of the other vehicle attempted to leave the scene and was restrained by client. The first officer on scene claimed that client, who was 4’11 and approximately 100 pounds, had assaulted the other woman with the pencil she had in her hand and ignored his orders to drop the pencil.  Officer then proceeded to tackle client and arrest her.  At trial, officer testified that client did not speak any English and could not understand him.  Furthermore, the driver of the other vehicle who claim to have been assaulted never showed up to testify.  With this verdict, the City of St. Paul has been exposed to a potential lawsuit for excessive force given the injuries client sustain as a result of the arrest.